January 7, 2018 The perfect Roman Cacio e Pepe lands in Milan at Felice a Testaccio.
0 comments
Share this post
TwitterFacebookPinterestGoogle Plus

The opening of “Felice a Testaccio” in Via del Torchio in Milan was most likely the talk of the month, there was no need of blog posting or promotion, the news of the opening came by itself. Honestly the perfect Roman carbonara is the one I cook myself at home, but I thought I needed to give a try at Felice. My love for Roman cuisine dates back to my childhood when my dad used to work in Rome –even if I have to admit that at the time I wasn’t the foodie I am now and I cared most about riding ponies in Villa Borghese. Still, I perfectly remember the flavor of the food I used to eat in Rome.

I don’t know how the layout of the Roman restaurant is, but Felice in Milan is an elegant spot, with the right space between tables and designed in the setting of an ancient roman circus of the second century. The table setting is elegant as well –which is becoming something unusual in Milan lately. Two forks sitting on a dining table with a nice tablecloth (something even rarer). Very beautiful. 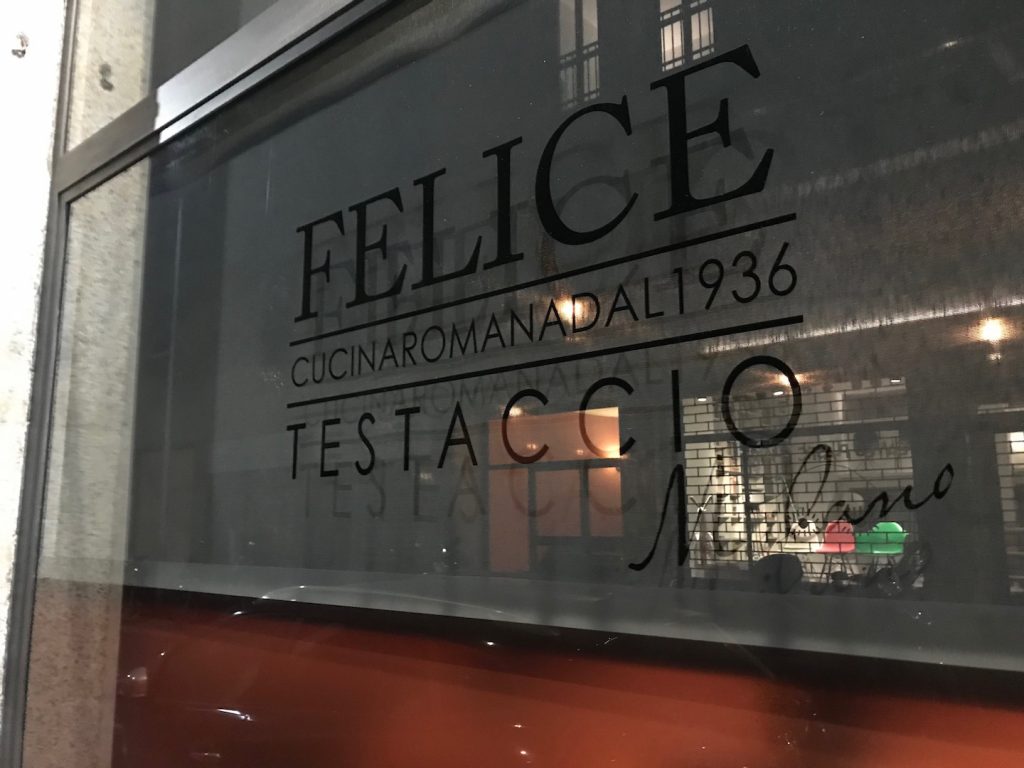 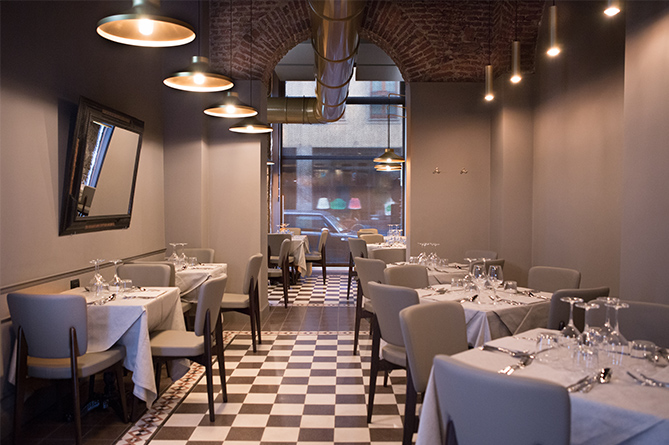 There is no cover charge, though you pay for the bread (3€) even if you don’t ask for it, and I usually don’t eat bread with pasta -but these are trivialities! Service is fast, attentive and courteous. The wine per glasses offer is a bit poor: they proposed me a primitivo for the red wines and a Frascati for the whites, both at 6€ per glass. Let’s go straight to food, now. We’ve ordered pasta, of course. I had a carbonara and my boyfriend ordered a gricia, it was amazing. Fullstop. When pasta is good, it’s just good, with no further ado. High expectations and high results. And have I recently written that I don’t eat bread with pasta? Nah! It was so good that I’ve also did “scarpetta” (fare la scarpetta in Italian literally means “make a little shoe,” and it refers to the small piece of bread used to mop up the last part of the sauce in your plate). 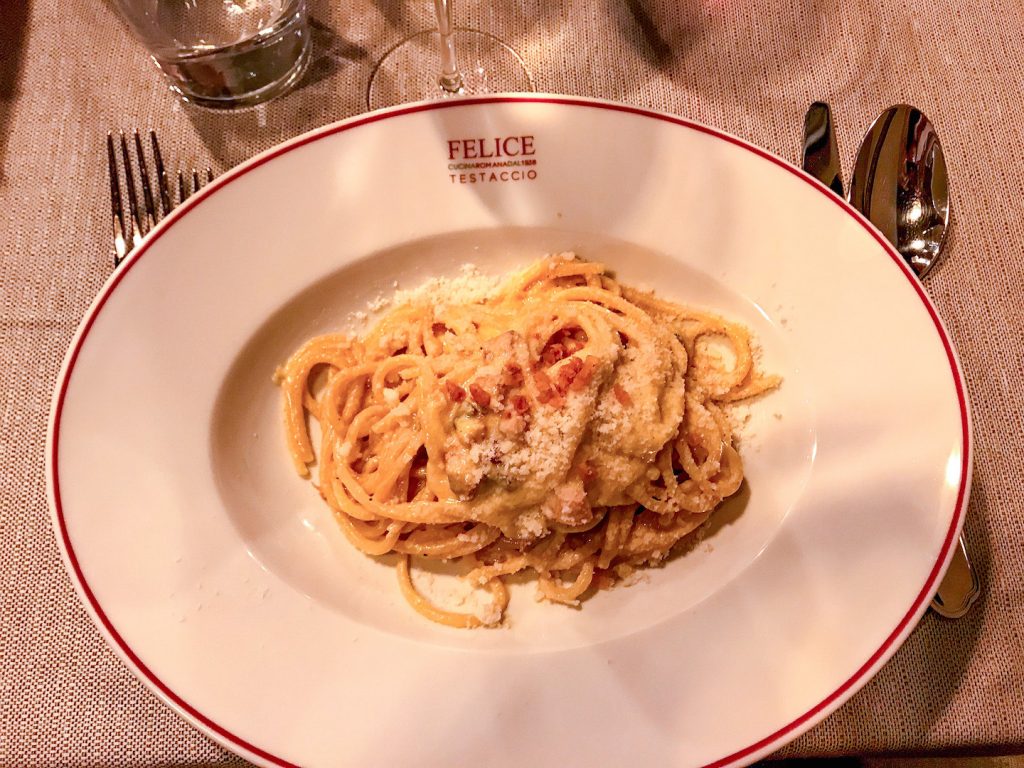 I am not a cheese lover but I was astonished –and a bit disappointed, cause my boyfriend didn’t order their much praised Cacio e Pepe. So I “kindly” forced him to order a half portion of it; just to enjoy the magic of the waiter mixing the pasta with pepper and pecorino cheese at the table. And also because don’t order a Cacio e Pepe at Felice is almost immoral. It is really fascinating to see the plate coming at your table, but my boyfriend broke the spell saying that yes, he liked it a lot, but he still prefers the Cacio e Pepe of Cacio e Pepe restaurant. (Still, for the carbonara I had, I will blindly choose Felice a Testaccio). 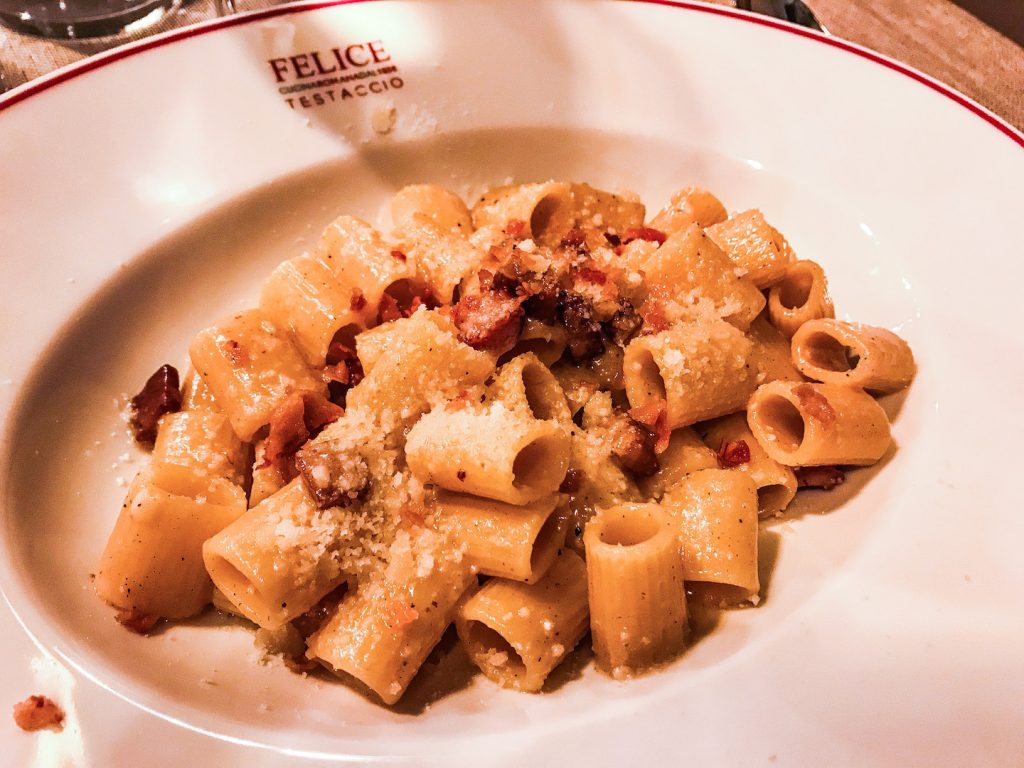 The possibility of ordering a half portion is interesting but not convenient since you have to add 2 € to the half price of the entire portion. If you are carbo addicted – I feel you! – and you have the urge of trying everything, the half portion is a good solution. Portions are ok, but definitely on the small side; the bill is fair and aligned with the quality of the food eaten and of the restaurant location in Milan (55€ in total with the two and a half pastas, wine, plus a bottle of water and one amaro – Italian after-dinner herbal liqueur digestif. 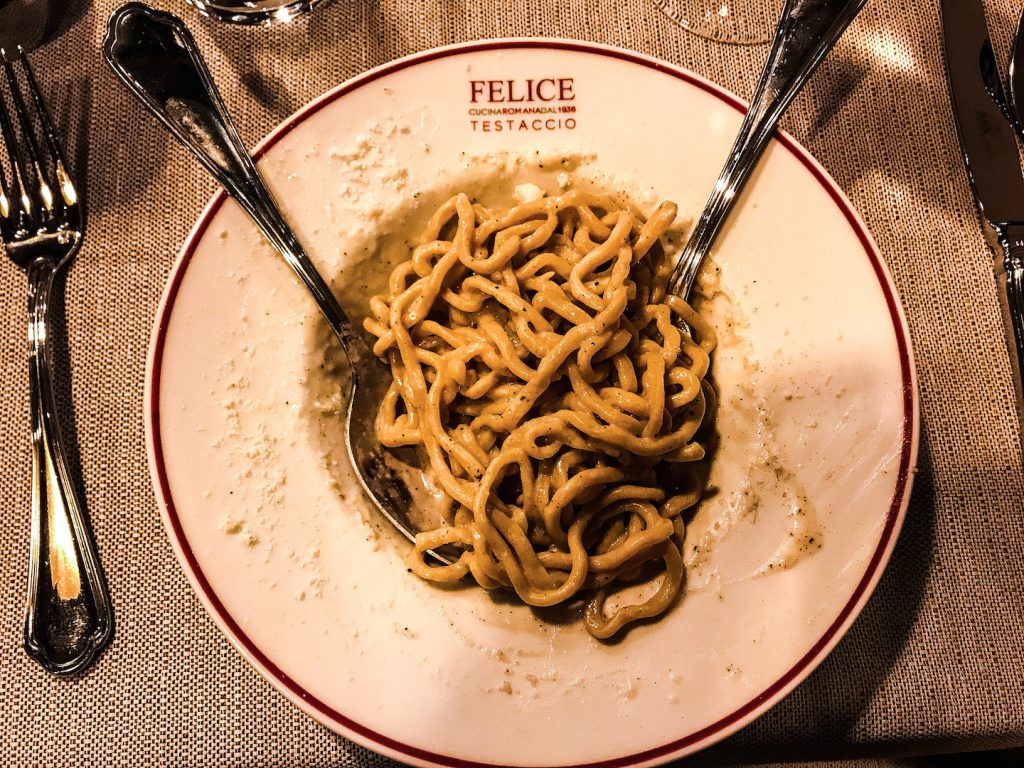 Can’t you wait for going there? You are right. And also, remember to make a reservation, I had previously booked my table for a Wednesday night. But it is worth a visit, whether you want to have a carbonara, a gricia, a Cacio e Pepe or any other roman dish for a fancy, and happy dinner at Felice a Testaccio in Milan.

This site uses Akismet to reduce spam. Learn how your comment data is processed.