January 26, 2018 The charm of STK Milan, the most American steakhouse in the city.
0 comments
Share this post
TwitterFacebookPinterestGoogle Plus

Milan offers a wide variety of experiences, including that of walking into a luxury hotel and suddenly finding yourself in New York City. In fact, STK Milan, the steakhouse located inside of the ME Milan Il Duca hotel in Piazza della Repubblica is a world of its own. 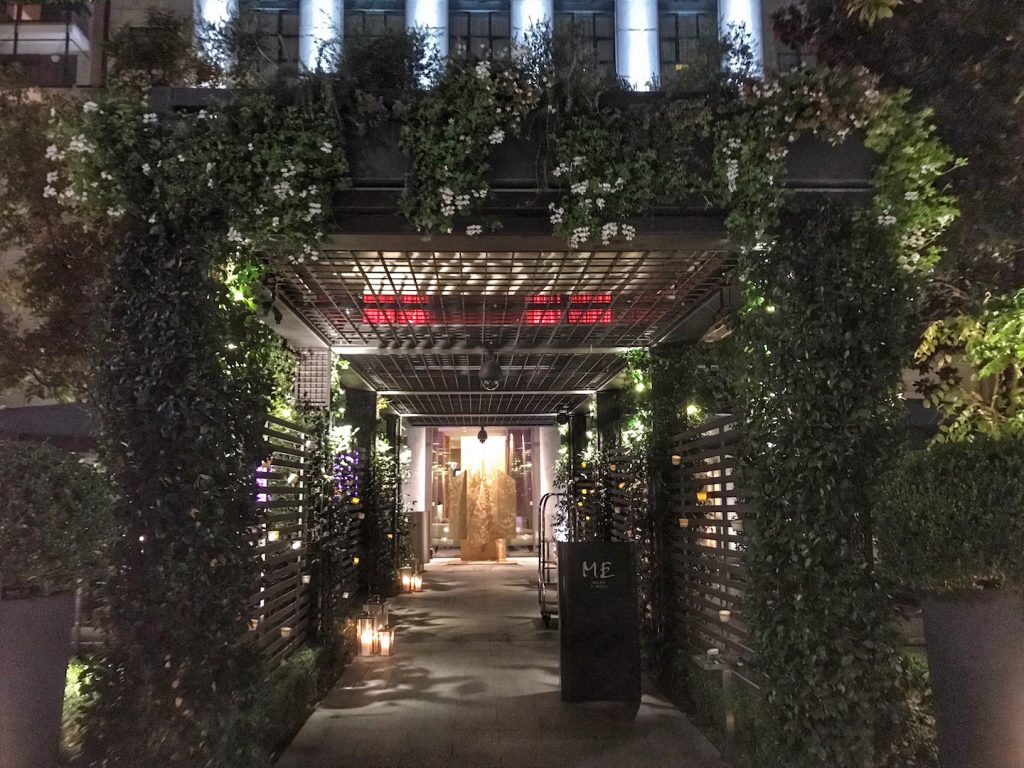 The location is actually already well known in Milan as it hosts the beautiful terrace RADIO Rooftop, which I cannot wait to try, created by the same people behind the steakhouse. Going up the stairs to STK Milan you’ll feel trapped in an episode of Sex and the City, a reference that men might not get, but you’ll be satisfied without a doubt: the lights are dim, there are small American-style round sofas, a huge bar and a DJ right in the middle of the room. 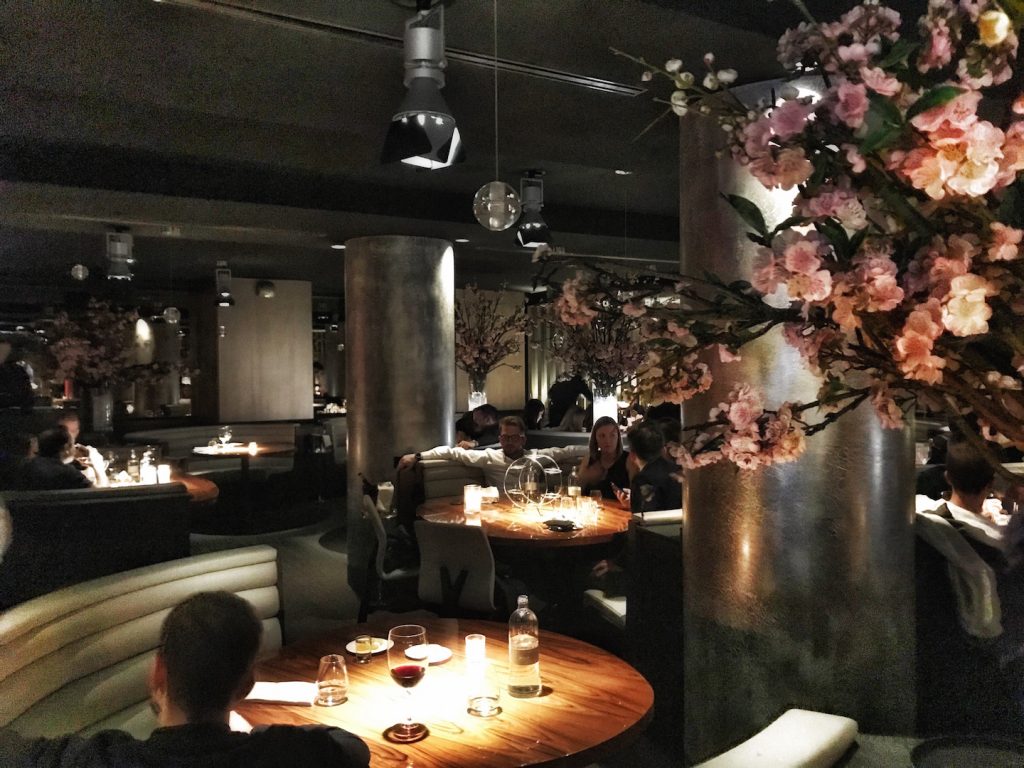 Once you sit down, you are welcomed by a server who will be assisting you throughout dinner, with attention to detail, enthusiasm and kindness. Servers are expected to be knowledgeable and professional, and they’re able to competently advise you on steak cuts. STK’s menu is very American, which you can tell by the choice of their meats, USDA certified prime steaks, but also from the pairings with toppings that do not belong to our tradition, such as garlic butter (2€), bacon and cheese (5€) and surf and turf options such as soft shell crab (8€), lobster (15€) or scallops (6€ each). Not to mentions the amount of sauces you can choose. 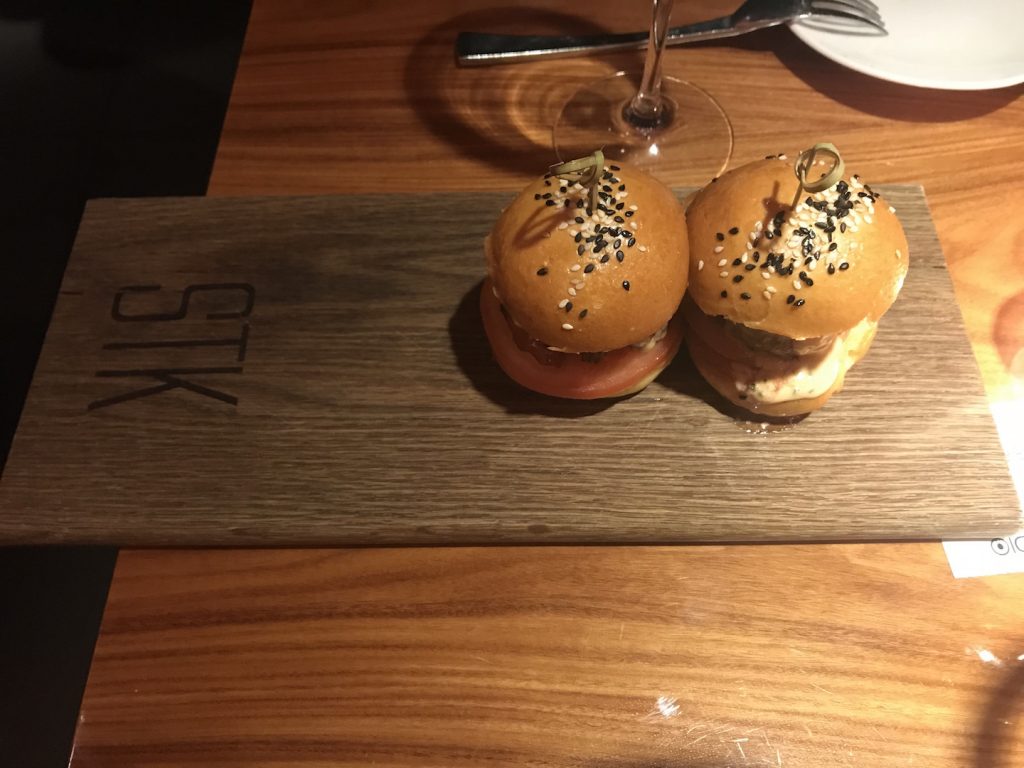 As a starter we ordered the Wagyu beef Lil’brgrs, with sesame bread and special sauce. They’re two perfect sliders – as you would expect from a steakhouse. On a whole another level, I would’ve eaten hundreds. Steaks at STK Milan go from small (200g), to medium (between 300g and 400g), to large (from 500g to 900g of pure awesomeness), they’re mostly American USDA meats that – according to STK – are of superior quality and more subject to marbling, a process that makes the cut more tender, savory and, as one can imagine, more expensive. Because of that, wagyu filets and sirloins are among the specialties of STK Milan, they’re 100g each and cost 70€ and 65€ respectively. 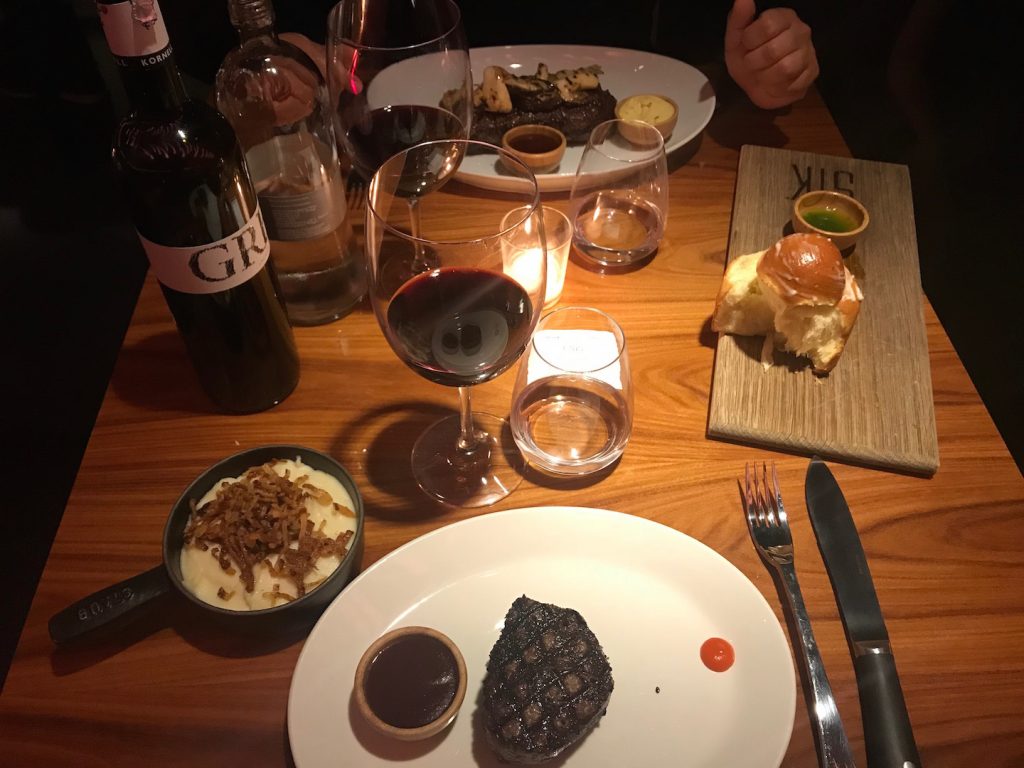 I wish I could say that I tried it for you guys, but I am not yet rich enough to even think of doing so, especially if you consider that the weight refers to the weight of the cut before being cooked. I was even afraid that once cooked, I wouldn’t even be able to see the small bite of meat on my plate. Quality is quality, but I did want to eat something that would fill me up in this steakhouse, therefore we went for more “modest” USDA filet and sirloin. The first one (200g – 43€) came with guanciale mashed potatoes (I’m never on a diet), while the second (400g – 49€) came with porcini mushrooms: it was the daily special and my boyfriend loved it. 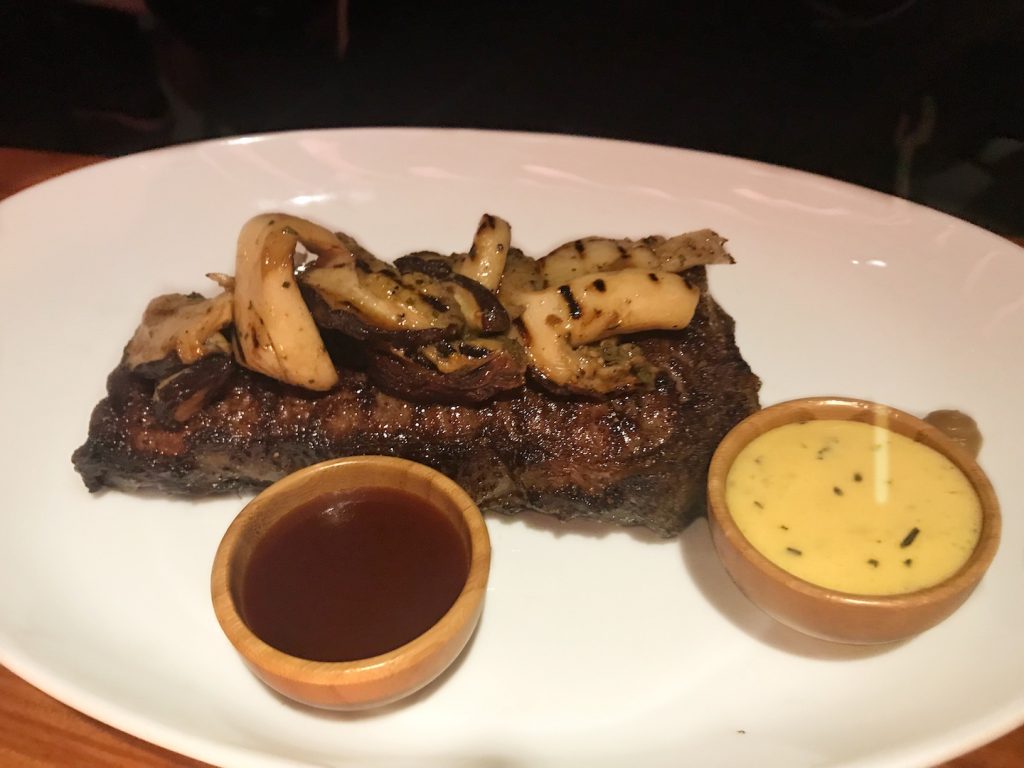 OBVIOUSLY, and I have to state it because it would be crazy if that was not the case, the meat was utterly amazing: it was tender, juicy… everything you’d want from our grilled meat in an American steakhouse was there, in those steaks. The sauces added a little something, although there really was no need to! The STK béarnaise sauce was spectacular. The guanciale mashed potatoes will soon become the only way I’ll eat potatoes for the rest of my life until I die from skyrocketing cholesterol levels. It would be a great death either way. You actually kind of wish for that sweet death once you see that check, which is slightly overpriced. 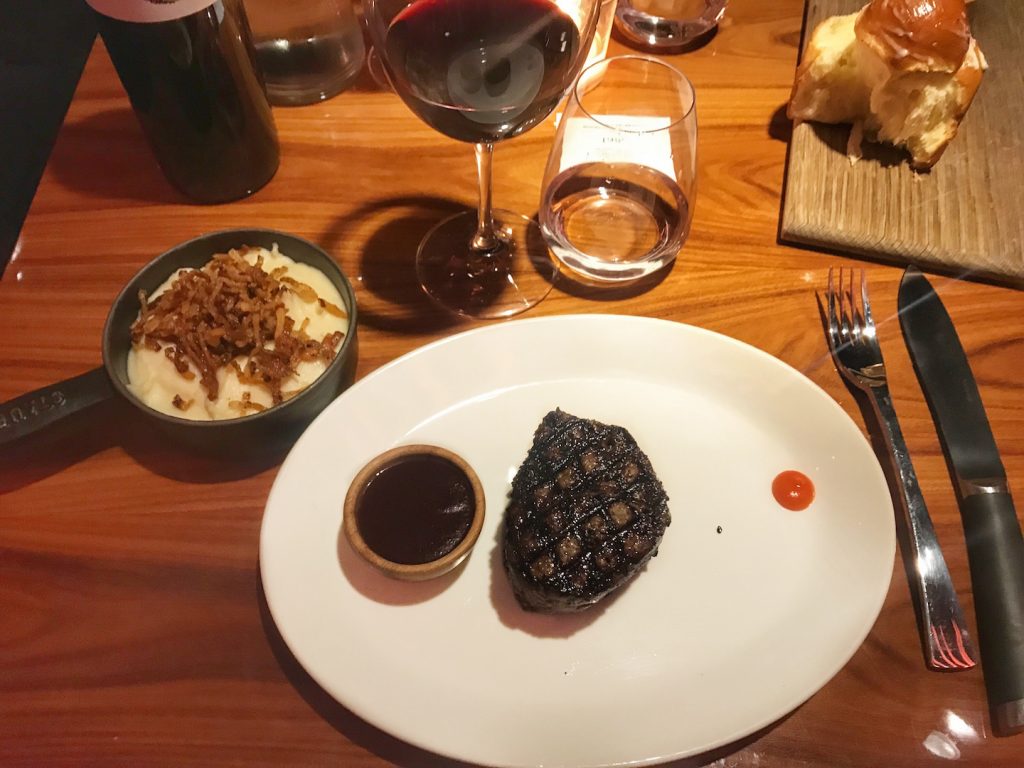 I’m not one of those people who complains about their check after ordering items that had their price clearly marked next to them on the menu. Even when I first saw those prices, I thought they were high. In any case, if you order a very pleasant bottle of Lagrein and a couple of amari at the end of your meal, you’ll easily spend 193€. For two people. Is it worth it? It’s hard to tell, I believe we’re dealing with something that could be reasonably expensive or overpriced. I say reasonably expensive because it is, after all, expensive, but equal to the quality of the service, of the food and of the ambiance. However, I do say overpriced because, after all, we’re in Milan and not in New York City, and there are many meat-focused restaurants in Milan that are just as good as STK Milan and offer lower prices.

It is true, at STK Milan you’ll receive special attention because the staff takes amazing care of their customers, and it is pleasant to sit at a private, quiet table and simply enjoy your dinner. It’s a luxurious experience that’s not intimidating and turns into a perfect night. I have a fundamental suggestion here: do not book your table here too late. 8.30pm here is just perfect, because later in the evening they like to turn up the volume of the music, and having to scream to talk to the people you’re having dinner with will certainly ruin your dinner at STK Milan. In any case, if you’re a meat aficionado and the idea of such a glamour, American restaurant intrigues you, you should really give yourself the gift of a dinner experience at STK Milan.

This site uses Akismet to reduce spam. Learn how your comment data is processed.